The Registration "" is not currently available. 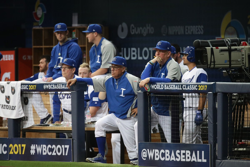 BC Baseball is honoured to host Jerry Weinstein, recent recipient of the Tony Gwynn Lifetime Achievement Award, at the 2019 BC Baseball Coaches Conference!

He has that kind of pedigree… In a recent article published by From The Grapevine, JJ Cooper (executive editor of Baseball America) was quoted as saying, “It’s hard to think of anyone who has made a larger lasting impact than Jerry Weinstein. He’s coached successfully at the high school, junior college, Division I, minor league and major league levels and internationally. As much impact as he’s made as a coach, his ability to learn about the game and then share that knowledge with others may end up being his largest legacy. Many coaches are better coaches now because they’ve learned from him.”

Oh, but let’s not forget Coach Weinstein’s recent run at the 2017 World Baseball Classic championship guiding Team Isreal during their jaw-dropping performance. Coming into their first World Classic through qualifiers, and rolling out four straight wins to start the tournament eventually being ousted by Japan in the second round. No question, Jerry Weinstein brings credibility to the floor and will provide infinite value to your time invested!

BC Baseball encourages you to become a better coach by learning from our All-Star line up of speakers and trainers February 8th – 10th at the Langley Event Centre, Langley BC.

Click on the image to be taken to the registration form